@crit This sounds pretty much exactly what I need. I also have a 144Hz monitor, but I barely get to 100 fps when playing on low settings. Which version of the 1070 did you get?

But the build quality is really good, it has a nice backplate and the cooling soloution looks and feels nice & robust and well made (it works well too 😀 )

It also comes with a standard 3 year warranty like the MSI’s and ASUS’s etc.. so you get that nice piece of mind 🙂 .

heh, it’s taking so damn long for 3rd party custom cards of rx480 to come. And once they do become available I probably still need to wait 1 month+ for any to be in stock. 🙁

This Friday the Nitro + is due in stock at ocuk 🙂

I’m biased but if you guys want to wait for custom boards then remember:
Nvidia – EVGA
AMD – Sapphire
But that’s only my opinion :V

Gigabyte is better option for Nvidia, you pay for the name if you get EVGA

You pay for the quality and support if you get EVGA. Gigabyte is cheapo Chinese knock-off. And price difference (in Poland) is 0 to 23 USD depending which versions you compare.
Probably no one here will water cool their PC but EVGA is the only manufacturer that doesn’t void your warranty after you remove stock cooler. 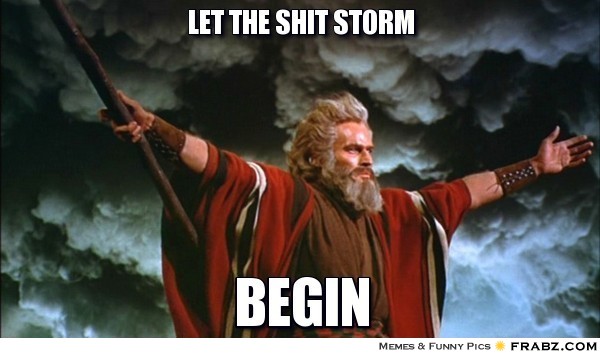 EDIT: They’re assembled and checked in USA. It doesn’t matter where chip is produced.

I sense fanboy alert, I’m done. Not even gonna quote literally any GPU test showing EVGA being in bottom of the charts. And you gonna need that warranty with EVGA when you get missaligned chips on the circut board because that’s what they’re known for.

btw. every GPU is a chinese knock-off, they’re all made in the same chinese factory

When the 970 issue came about EVGA was the first manufacturer to offer a refund or exchange when overclockers contacted them.

The one I would stay away from is MSI. They are usually over priced and the fans are the loudest I’ve had on a card.

You pay extra on cards for the overclocking usually as changing it yourself can void warranties. However, I’ve always done it myself so I usually go for the best price with the lowest fan noise.

The one I would stay away from is MSI. They are usually over priced and the fans are the loudest I’ve had on a card.

Well I am quite satisfied with my MSI since mine is silent (unlike the Zotac i had before). But their cards are certainly more on the pricier side. If you find another one that satisfies your needs go for it. I do not care about manufacturer anyway.

I believe MSI got their de-dust tech as well where the fans rotate the opposite direction for a moment when you start your pc in order to remove dust from the card? I have no idea if it actually works in practice 😛

@Andreas You might be right. For me I’ve always found them to be loud compared to others especially next to the EVGA or XFX cards that I’ve had.

@Samzulix I’m not sure if this works but I don’t really get any dust on my GPU’s. I think if you use filters this tends to keep everything clean anyway so not sure how much use it is. Every little bit helps though.

Nvidia seem to have been a bit scared over the release of the 1060 card and made it a single GPU only with no option of making it SLI. Obviously they will be concerned that if they did people would simply by two of these instead of going for the 1070 or 1080. The problem for them though is that the 480 is still £30 to £50 cheaper and that you can crossfire these. I’m not too sure what the selling point of them is other than it is about the same as a 980 with less options.

I’m not too sure what DX12 is going to bring but by all accounts it will work much better with multiple GPU’s and Better with 4 to 8 CPU cores with games later this year showing a true reflection of what it can do. If the multiple GPU stories are true then I wouldn’t go near the 1060.